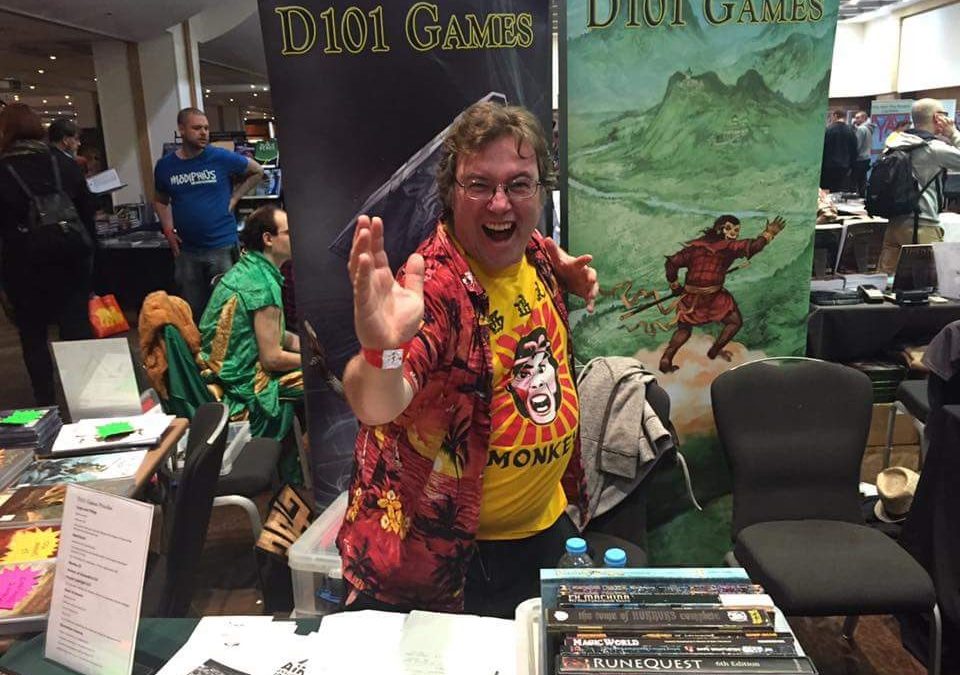 OK this is the post-Dragonmeet shoot out about all that is happening in the world of Monkey.

Write it down in your diary or save the date to your calendar app of your choice. Me kicking it at Dragonmeet

Starting 17th December will be 23 daily post about the new game and stuff associated with it, in a run up to the Kickstarter. So expect previews and fun insights about the to get you all over excited about it!

Dragonmeet was a good con for Monkey. Lots of folk picked up a copy of Monkey (and you can too at the crazy cheap price of £5 (free postage in the UK) and expressed their appreciation

And look courtesy of Lloyd Gran, who was a living ambassador for the game, Monkey got a big shout out on the What’s Hot In Story Games Panel 2016. New name for the system: The Balance System

I currently refer to the card based system that Monkey uses for action resolution as the Yin/Yang system, but thinking about the gentle interaction of Yin & Yang energies especially in light of a very Yang (active/in your face) Dragonmeet followed by Yin week after (passive to the point of almost succumbing to illness) its more about Balancing those two forces with your choices of card plays. So the Balance system is the new name for it. Not only does this play forward into the other Chinese Epics I want to use the system for but also makes it suitable for other action-thriller type games I have in mind. I’ll be getting a case of this light refreshing tipple in for the Midwinter Festivities, and I’ll even be drinking it out of a glass made out of a recycled bottle, which you can get from the appropriately named Totally Funky online shop. Made from a Laughing Buddha beer bottle

That’s it until Saturday.

Until then stay Irrepressible!